SU2C Catalyst is a new approach to rapidly explore novel uses of medicines, devices and/or diagnostics to accelerate research on cancer prevention, detection and treatment.

SU2C Catalyst establishes a mechanism through which industry and academic scientists in the cancer community conduct SU2C collaborative research projects that will deliver significant benefits for patients and society, accelerating the development of new treatments and, where appropriate, combination therapies.

The principles guiding SU2C collaborations with industry are designed to accelerate the pace of groundbreaking translational research that provides new therapies to patients rapidly:

SU2C provides a rigor and laser focus to achieve milestones 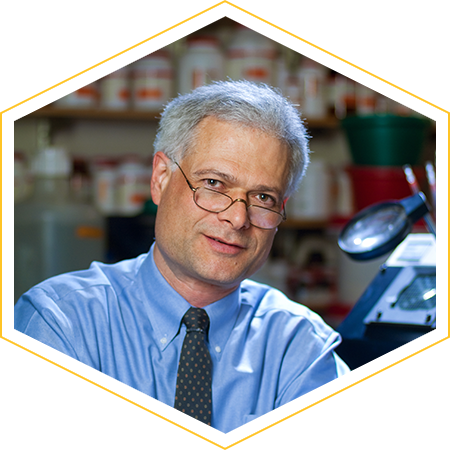 “What’s exciting about this grant is that it is designed to include drugs from two different pharmaceutical companies. Companies don’t often share intellectual property and work together for these trials, but on the Stand Up To Cancer platform, it overcomes those barriers.”

The generous funding of our charter industry leaders supports the costs and oversight of the trials and/or translational research, including funding for the participating investigators and institutions. Our industry supporters also make available medicine(s), diagnostic test(s) and/or device(s) to SU2C Catalyst teams.

DNA Repair Therapies for Ovarian Cancer
This study builds on the groundbreaking work of the SU2C-OCRFA-NOCC Ovarian Cancer Dream Team aimed at developing a standard of care for patients with advanced or metastatic triple negative breast cancer and patients with platinum-resistant recurrent ovarian cancer. The researchers plan to identify key cellular components that drive this recurrent disease to better predict and improve patient outcomes.

Pembrolizumab and Radiation Therapy to Improve Outcome in High-Risk Sarcoma
This innovative combination of immunotherapy (pembrolizumab), and radiotherapy will be assessed for its role in preventing metastatic sarcoma. This project has the potential to change the standard of care and improve survival for sarcoma patients. Crucial insights gained from the translational research associated with the clinical trial will be pivotal for understanding the role of immunotherapy and radiotherapy combination in sarcoma treatment, and pave the way future clinical trials.

Targeting Vitamin D Receptors to Make Pancreatic Cancer Competent for Immunotherapy
While current treatment regimens for advanced pancreatic cancer can achieve remission in a majority of patients, the cancer often grows back. A relatively nontoxic therapy is needed to keep the cancer in remission. This proposal tests a combination of immunotherapy (pembrolizumab) and vitamin D analog (paricalcitol) for the maintenance of patients with advanced pancreatic cancer who have been put in to remission.

Combined Epigenetic and Immunotherapy for Advanced Non-Small Cell Lung Cancer
This ambitious clinical trial combines two epigenetic drugs that reshape DNA with an immune-based therapy for patients with advanced non-small cell lung cancer (NSCLC). Data from this study will identify how modifications to the structure of DNA can make the tumor susceptible to immunotherapies, producing more potent treatments for NSCLC patients. In addition, the team will look for cellular markers that predict who will benefit most from this treatment.  If successful, these results will not only benefit patients with NSCLC but potentially those with other cancer types.

Combined Approaches by Immune Checkpoint inhibition for Hypermutant Cancers
This bold global clinical trial focuses on pediatric cancers with an extraordinary number of DNA mutations regardless of cancer type. The team has had initial success treating children with a single immunotherapy drug and is now investigating multiple immunotherapy drug combinations. The team is also looking for biological indicators that will help predict which patients will be best suited for each combination. These results could inform treatment strategies for adult tumors such as, melanoma, lymphomas, and other solid tumors.

Reversing Primary Anti-PD-1 Resistance with Ipilimumab and Nivolumab – Melanoma
This study aims to improve outcomes for patients that have developed resistance to PD-1 immunotherapy. The project adds another checkpoint blockade drug either as a single agent or in combination with PD-1 therapy for metastatic melanoma patients. Associated translational research will provide a molecular understanding to further the clinical development of this combination as well as on how patients respond to single agent or combination therapy in other cancers.

Immunotherapy to Prevent Progression in Multiple Myeloma
This project will use immunotherapy to attempt to improve the treatment of simmering multiple myeloma by targeting cells outside the original tumor that are in danger of becoming tumor cells. The clinical trial will attempt to delay organ damage, improve the response to treatment, and maintain remission of the cancer, perhaps even eradicating the early cancer cells as well.

Tumor Infiltrating Lymphocyte Adoptive T Cell Therapy for Non-Small Cell Lung Cancer
Adoptive T cell therapy trains a patient’s own immune system to attack the cancer, and has been effective in melanoma and some blood cancers. This project will use a novel approach, combining adoptive T cell therapy with immunotherapy for non-small cell lung cancer patients to deliver a one-two punch to tumors. 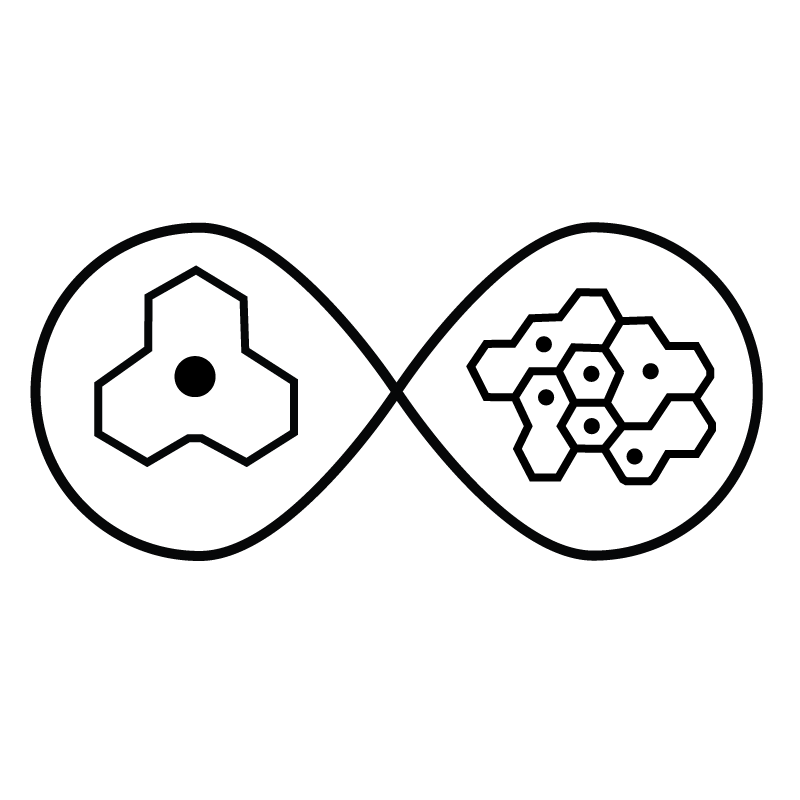 Immunotherapy Combination Strategies in ER-positive Metastatic Breast Cancer
Some tumors have ways of blocking themselves off from immune cells. This study examines ways of changing the tumor and surrounding tissues to allow the patient’s own immune cells to attack the cancer. If successful, this would turn non-responsive tumors like ER+ breast cancer into tumors that are susceptible to immunotherapy, opening up new treatment options for many patients this and other solid tumor cancers. 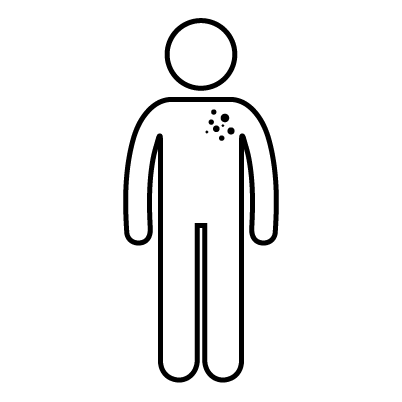 The SU2C Catalyst study will test two different combinations of targeted therapies and immunotherapy to reduce melanoma recurrence risk and improve patient outcomes. This study will utilize neoadjuvant therapy, an approach used to shrink a tumor before surgery. This type of therapy approach is not yet common practice for stage III melanoma but is already routinely used for other types of stage III cancers. 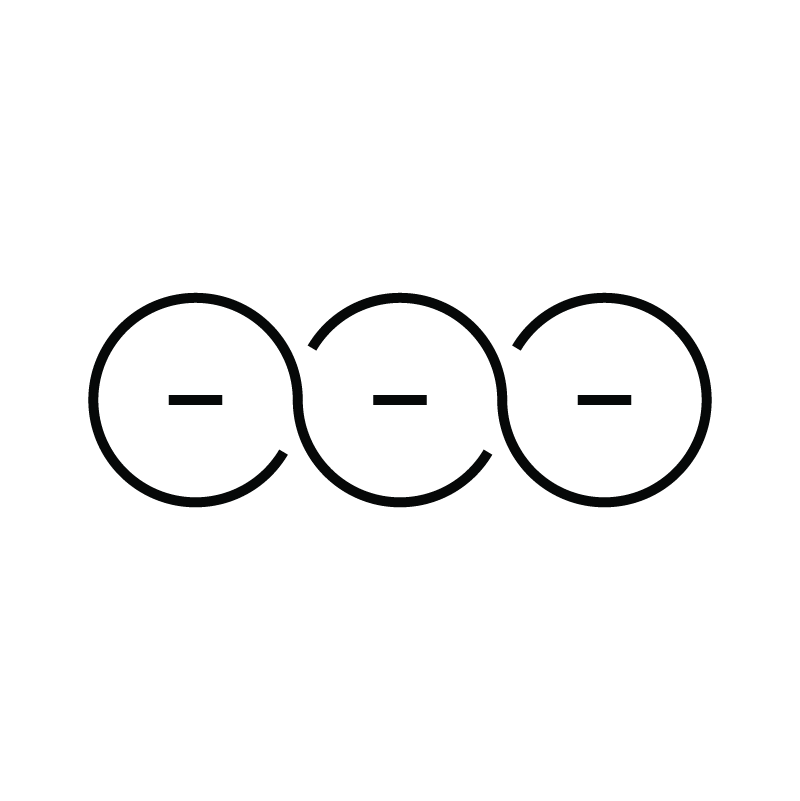 The team’s goal is to prevent recurrence of triple-negative breast cancer (TNBC), which is a disease in which the cancerous cells have tested negative for three receptors: hormone epidermal growth factor receptor 2 (HER-2), estrogen receptor (ER), and progesterone receptor (PR). The lack of receptors in the cancer cells means that the hormone therapy and certain drugs that target the receptors are ineffective in treating the disease.

TNBC is very aggressive and prone to spread from the breast after initial treatment with chemotherapy, surgery, and, when indicated, radiation, leading to metastatic disease for which no cure has been developed.  The team plans to use blood analysis (“liquid biopsy”) to detect micrometastatic disease before it can take hold in distant organs and treat it with a combination of drugs.

The team will test a combination of ipatasertib, an investigational drug that blocks a component of the PI3K/AKT cellular signaling pathway, preventing proliferation of the cancerous cells, and atezolizumab (Tecentriq) from Roche, Genentech’s parent company, which is a monoclonal antibody that can “release the brakes” on the body’s immune system and restore T-cell activity that can destroy cancer cells.

The team is seeking to improve therapy for men with metastatic hormone-sensitive prostate cancer, which is now usually treated with hormone therapy; however, this treatment in most cases only delays progression in what is often a fatal disease.

The team will conduct a clinical trial of a new, three-pronged treatment including:

In order to identify more effective treatment options for patients with KRAS-mutant NSCLC, this proposal seeks to use a functional genomics approach to identify therapeutic agents that cooperate with the pan-RAF inhibitor JZP-815 and to evaluate the therapeutic potential of these combinations in clinically relevant mouse models of KRAS-mutant NSCLC.

The goal of the proposed study is to translate lurbinectedin to the clinic as an EWS-FLI1 targeted agent for patients with Ewing sarcoma. In addition, the Team seeks to determine if the compound is a targeted agent for any of the more than 18-tumors characterized by EWSR1 fusion proteins. Their hypothesis is that lurbinected in will be highly effective in Ewing sarcoma because it will inhibit the Achilles heel of the tumor, EWS-FLI1. If successful, this will lead to an exciting new agent for the treatment of Ewing sarcoma. In addition, it may yield an active compound for the 18 additional tumors characterized by EWSR1 translocation.

The Team will deploy a mobile health intervention application, ApricityRxTM and the technology-enabled supportive care services, for monitoring and management of immunotherapy toxicities in patients with lung cancer. The key objective of this study will be to evaluate the impact of a contextually tailored tech-enabled remote monitoring framework on the quality of oncologic care in underserved minority patients with lung cancer. 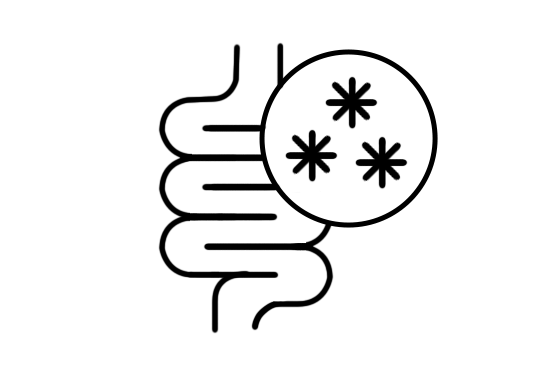 This Team plans to better understand and overcome challenges that limit effectiveness of KRAS inhibitors. First, the team will aim to understand why some patients do not respond to KRAS inhibitors and will develop strategies to increase the number of patients who benefit from therapy. Second, the team will study tumor biopsies and circulating tumor DNA to determine why some patients only respond to therapy for a short period of time before developing resistance to therapy. Based on initial data, the team is also proposing an innovative clinical trial combining a KRASG12C inhibitor with an inhibitor of ERK, one of the most downstream mediators of the KRAS pathway, which the team hypothesizes will overcome both initial and acquired resistance to provide durable benefit to patients. Finally, the team will perform single cell sequencing of patient tumor biopsies and use novel mouse models with intact immune systems to understand how direct KRAS inhibition may potentiate the tumor immune response with the goal of rationally designing combinations of KRAS inhibitors and immunotherapy to drive longer lasting responses. Overall, the team anticipates that the proposed research will lead to new and improved therapeutic strategies for patients with KRAS mutated tumors.